Almost 200 years ago, the writer Charles Dickens invented the orphan Oliver Twist, who, with his desire for a little more food, challenged an entire system.  A child without a family, without a home and without rights – nothing unusual in Dickens’ day.

Last year on the 30th anniversary of children’s rights, Dreummaschine Inc. asked themselves: What has changed since then and what has remained? What is universal and is every child entitled to?

With the means of the theatre and tricks such as whispering, nightmare interpretation and pickpocketing they reconstructed together with their young audience a child’s fate and gave the story a new twist. This is how the play O Twist was developed.

This year the play was to be adapted for a Hamburg audience in the Fundus Theater. To mark the occasion, Dreummaschine Inc. transferred the piece into an audio version: Even in the Munich version, the focus was on a binaural audio experience, which was extended to the entire piece in the radio play version: if you use headphones, you hear everything as if it were happening right around you. Filmmaker Timo Schierhorn developed a video layer to the audio experience. 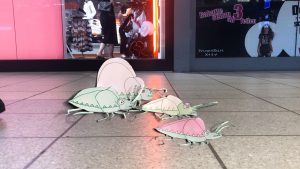 With the friendly financial support of the Department for Culture and Arts of the City of Munich, the Agency for Culture and Media Hamburg, and the BA 9 Neuhausen-Nymphenburg, as well as the #takecare-Förderung of Fonds Darstellende Künste. In cooperation with Fundus Theater Hamburg and Pathos Theater Munich.