In Praise of Forgetting: Part 2

After WWII, when Germany lost the vast eastern european territories it had colonised over several hundred years, millions of German refugees had to be integrated into West, and East German society, a process that has largely been expelled from national memory.

Using a vast ethnographic sound archive that documents this cluster of historical events as a starting point, Oliver Zahn examines the promises and pitfalls of techniques and practices of social forgetting.

In Praise of Forgetting: Part 2 is the standalone sequel to a stage piece that premiered in December 2019. Continuing the line of inquiry started then, it completely shifts the action from a space of physical co-presence to the digital sphere, thereby raising new questions on memory and forgetting. 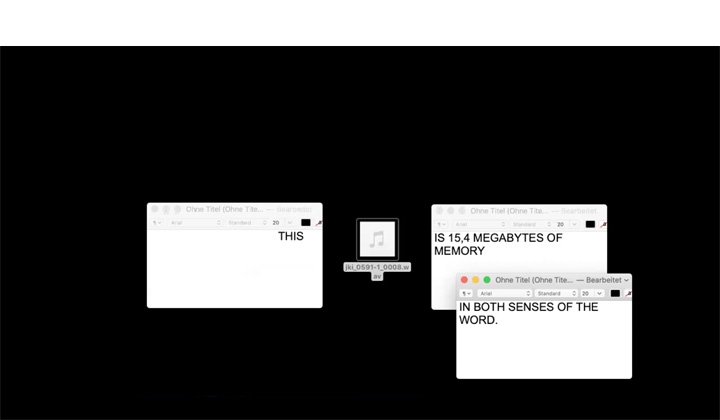 A production by Oliver Zahn. In Cooperation with GIFT Gateshead.
by the Take-Care-Programm within Fonds Darstellende Künste.