INSIDE THE 1972 BOXING RING

Is boxing a dance? The parallels between top physical performance as well as spatial and artistic precision are unmistakable. Martial arts and dance are among the oldest expressions of cultural action. They are art forms that are highly integrative, connecting people of diverse nationalities and cultures. They share contents such as rhythm, trust, respect and perseverance. In boxing and dance, artists compete in precision and body control. Both reach the pinnacle of human skill and are trained to make split-second decisions of perception and reaction. The brutality of ballet is often overlooked and the grace of boxing escapes many. Together, the two disciplines can reshape each other.The project is a collaboration between classical dancers from the Bayerisches Junior Ballett München as well as Staatstheater am Gärtnerplatz and boxers from Boxwerk München e.V., framed by international comparative fights in elite Olympic boxing. The fact that the Israeli boxing team meets athletes from the Bavarian Boxing Association in the original boxing ring of the 1972 Munich Games is based on the conviction that racism and anti-Semitism has no place in society.

No entrances fees, no tickets needed!

A project as part of the 50th anniversary of the Munich 1972 Olympic Games – Festival of Games, Sports and Arts. Funded by the Cultural Department of the City of Munich. 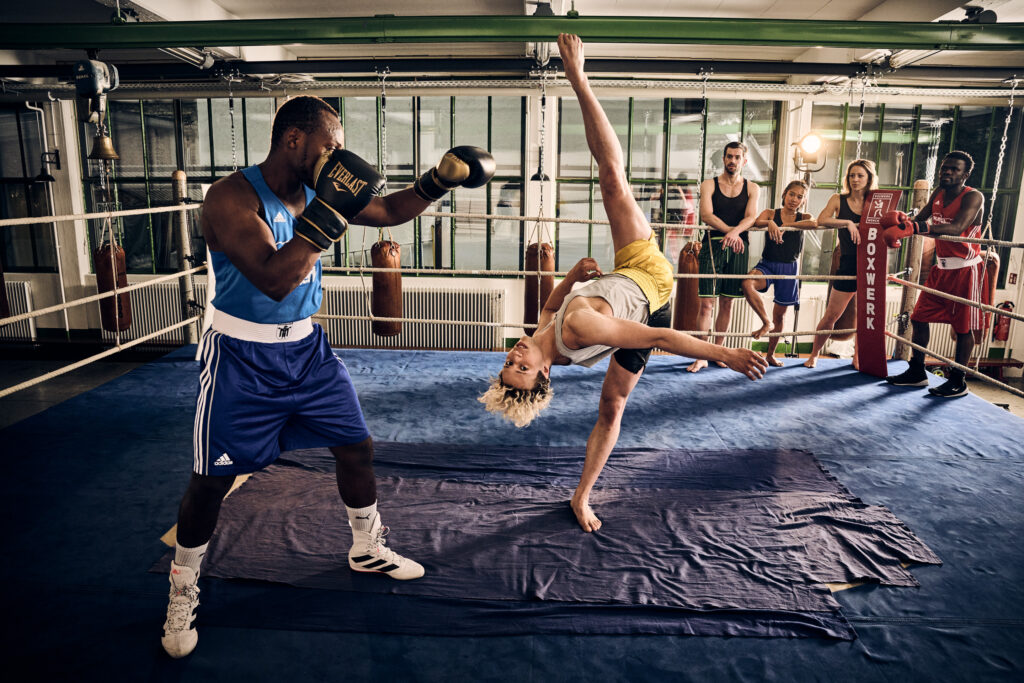