a dance piece by Anna Konjetzky

Does hope help us to create a different future, visions of the future? Or does hope block us and leave us hanging in a kind of passive waiting loop? In our society in upheaval, both hope and its inverse, hopelessness, play a central role.

In a space divided horizontally by a net of safety belts, four dancers perform on the net and under the net. Hanging in the net, lying on it, pulling themselves up on it, but also falling through the net.

A spatial horizon line as a very classical image of hope – only that with us this horizon can be stretched and deformed. 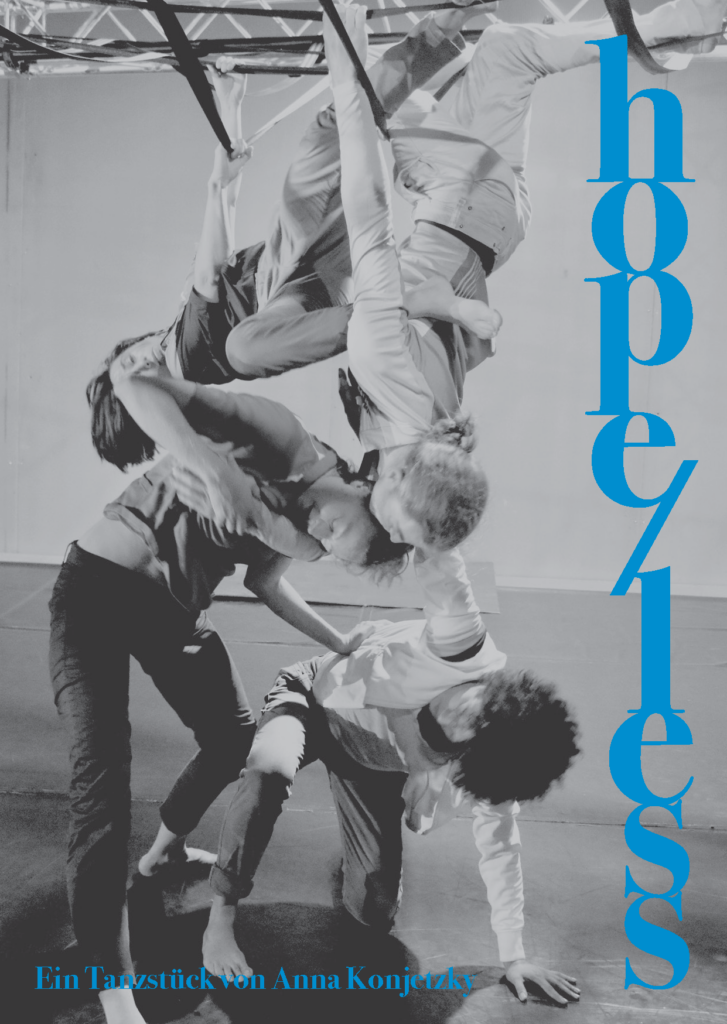 A production by Anna Konjetzky & Co in co-production with Muffathalle Munich, LOT Theater as part of TanZstelle Braunschweig and fabrik Potsdam. With the kind support of Tanzhaus Zürich.

In 2022 Rat & Tat Kulturbüro is supported by DIEHL+RITTER/TANZPAKT RECONNECT, which is funded by the German Federal Government Commissioner for Culture and the Media as part of the NEUSTART KULTUR initiative. We are looking forward to work on our project #takingcareofbusiness.